Despite being talked about for years, it probably came as a bit of a surprise to most people when the Bank of England announced it was cutting the base rate to 0.25 per cent at the beginning of August. 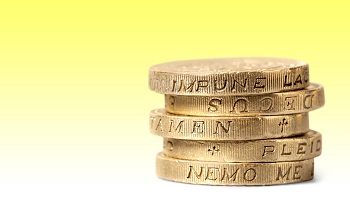 Official interest rates have been held at 0.5 per cent for the past seven years. So, what does this mean for mortgage borrowers and those looking for a new deal?

Will my mortgage rate be cut?

Those with mortgage products that track the Bank of England base rate should see their payments reduced from September. However, not every borrower with a tracker mortgage will benefit as some base rate-linked products have a floor or a collar on the rate, which means that they won’t go any lower.

So what are my best next steps?

If you are midway through a fixed-rate deal, you may be able to save money by switching to a cheaper product. Banks and building societies competing to attract new customers are offering ever more competitive deals. According to the financial analyst Moneyfacts, the average two-year fixed rate mortgage deal is now 2.47 per cent, down from 2.71 per cent a year ago.

What about penalties and fees?

For some borrowers, it will be possible to make savings even after forking out to pay an early repayment penalty and the fees for the new deal. Whether you can save money or break even will mostly depend on your current rate of interest and the interest rate on your new deal.

Most fixed rate deals come with an early repayment charge, which is usually charged as a percentage of the outstanding loan amount, with the average being 3 per cent.  In addition, there are the costs of your new mortgage deal such as an arrangement fee and solicitor’s fees.

“As a rule of thumb, if you are three years into a five-year deal, you would need to be on a rate of 4.5 per cent for switching to be worthwhile. However, it would be unusual for you to be on that rate because the average was 3 per cent three years ago.” He adds: “If your interest rate was 4 per cent and the early exit fee was 2 per cent then it could work out.”

If you switched to a two-year deal with Norwich Peterborough building society, which has no arrangement fee and a rate of 1.69 per cent, you would be paying £817 a month based on a remaining term of 22 years. That makes a saving of £294 a month or £7,056 over two years.

If your deal has ended and you are on your bank’s standard variable rate, you may have seen your payments reduced as some banks are passing on the reduction in the base rate to mortgage borrowers. From the next month, Santander’s SVR will be 4.49 per cent, down from 4.74 per cent.

However, the savings you would make would be minimal compared with the best deals on the market, so it is better to look for a new deal than stay on an SVR.

"Excellent service throughout whole house sale process. Every member of staff was polite, friendly and professional. Everything was dealt with efficiently and communication was fantastic. We would definitely highly recommend Anker & Partners. Thank you."
Clare Law - Vendor