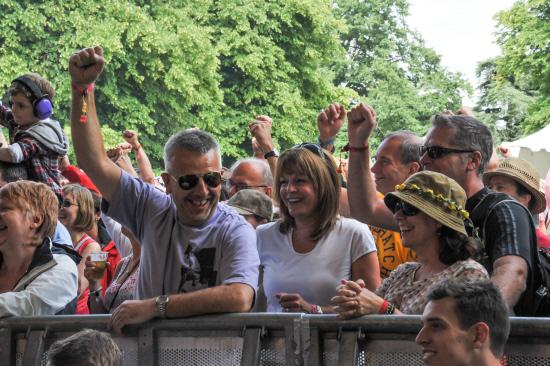 TWO Oxfordshire villages have made it into the top 40 best villages in Britain, according to The Times newspaper.

The Sibfords, six miles west of Banbury, topped the list in the south and Great Tew near Chipping Norton came third.

The former, a cluster of villages made up of Sibford Gower, Sibford Ferris and Burdrop, on the north edge of the Cotswolds, was praised for its picturesque properties, village shop and gastropub the Wkyham Arms.

It's doctor's surgery - as one of the best in Oxfordshire - also received a mention as well as independent schools Bloxham and Tudor House.

The average house price in the village, according to Rightmove is £670,750 and those looking to move to the area could buy a farmhouse, complete with paddocks and stables on the market at £1.29m.

Great Tew, just nine miles from The Sibfords and also in the Cotswolds, impressed the list's compilers with its "proper countryside" feel.

Cornbury Music Festival and the 100-acre members club Soho Farmhouse were adjudged to have set the West Oxfordshire apart and made it the place to be.

The illustrious list of celebrities, including the actor Sir Patrick Stewart, comedy producer John Lloyd and the fashion designer Patrick Grant - who have all lived in the village - were also mentioned.

According to The Times houses rarely come on the market in the village, though and a nearby farmhouse currently for sale will set you back £1.6m.

"After securing planning permission on a site for four new homes in the village of Brailes. I appointed Tom Crump of Ankers to act as selling agent because he was the most experienced and professional with good house builder contacts. The promotion was flawless and consequently a number of prospective buyers were found. Tom handled the sale very skilfully and advised going to â€œsealed bidsâ€ - a good price was achieved. I was then kept fully informed of the sale as it progressed. In all an excellent result and service. "
James Martindale - Vendor

On The Markets guide to house price indices

Plans for a £50 million waterfront leisure development in the heart of Banbury have be unveiled.

Is your home in an area prone to flooding? What to do if disaster strikes?

Sales to first time buyers at highest level on record

Buying or selling a property with asbestos?

Buying or renting a listed building? Everything you need to know

Buying Or Selling A Property Affected By Japanese Knotweed?

Can Overpaying Your Mortgage Save You Money?

All You Need To Know About The Lifetime ISA

5 Ways To Protect Your Home From Flooding

Sky Dive to Raise Funds for the Blue Cross

Is it cheaper to rent or buy a home?

Will UK house prices continue to rise in 2016?

Your Valuation in the region of...

Whilst this instant valuation provides a guideline, your local Anker & Partners property expert will be in touch to provide a more accurate valuation taking into account improvements to your property, the local market and more.

Recently sold in the area

These properties near you were sold recently.